After a very long journey we were ready to have a rest. A man from the hotel was waiting for us at the port and walked us to the hotel ( there are no roads in Koh phi phi). We checked in and headed to the beach restaurant and were blown away by the view. We had a wonder down the beach had a beer then called it a night.

The next day I set off into town booked myself on a boat tour for the next day and headed to the view point. The view point is sign posted but you can also follow the tsunami evacuation signs. After tackling about 300 steps and paying my admission fee to the view point you are met with more hills. In the gruelling heat it took me a while but I visited both view points and it was worth the sweat! After my view point hike I spent the rest of the day on the beach before grabbing some street food for tea. Whilst eating my food at the street stall I met a Dutch girl named Kris who had been travelling for 14 months! After swapping stories and trying each other’s food I headed back to the room for a shower and a Chang! We headed out to a few bars we watched a game of beer pong. We drank in “Relax Bar” they give you a game with your drink we got connect 4. After a few rounds of connect 4 we headed to the beach and hit “Slinkys” first. It was pretty busy, limbo was in full flow Marcus had a few goes at it. Flame dancers were on platforms, I did very nearly get hit at one point. We moved on to the bar next door which had a man on a tight rope throwing flames around. We stayed in here the rest of the night dancing on the beach.

I had a early start the next day and a bit of a headache. I boarded my boat at 10AM with 11 other people. Everyone went round introducing each other it was a very friendly vibe. The tour guide gave us our snorkels for the day and we were off. The first stop was Sharks Cove and yes apparently there are sharks around there but I did not see any. There was a lot of fish and they put food in to encourage them to come up to the surface. The next stop was a bay which we sailed round it was beautiful it had caves in it where you saw small shacks, you couldn’t believe people lived in these caves.

The next stop was Maya Bay where they filmed “The Beach”. Our ferry pulled in and the staff kayaked you to a net which you had to climb up. You then walked through a sandy path to the beach. It was beautiful but it was packed with tourists eager to get there beach picture. It was near impossible to get a pic without someone in the background. I headed back to the boat and met my guide who took me through a cave with the sea rushing up. There where ropes hanging from the ceiling which you used to try balance yourself on the rocks. The cave came out at the bottom of the net I had climbed to enter Maya Bay. I got on a kayak and headed back to the boat for lunch. We drove round to the front of Maya bay were we could snorkel or kayak. I chose to snorkel and was enjoying it, until two girls from my trip told me they had three sharks swimming around there kayak about two meters from where I was so I made a quick exit back to the boat. 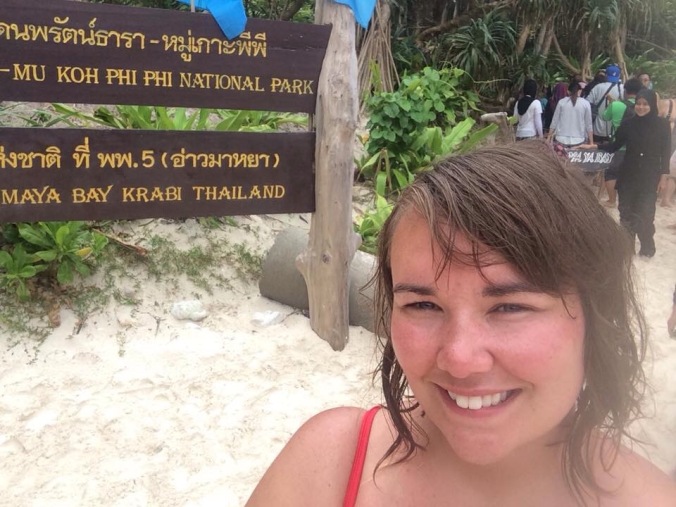 After lunch we arrived at Monkey Island. I swam to shore snorkelling. Once on shore our guide got food out to bring the monkeys down from the trees. The monkeys soon came down and were trying to snatch food out of people’s hands. A baby monkey came down and many people were feeding him until his mother got angry and ran for the tourists the guide jumped in between making a loud noise and the monkey calmed down. We got back on the boat the music was on and we had a 20 min cruise to our last stop Bamboo island. I decided to kayak to shore and the guide jumped on mine so I got rowed to and from the island. This beach had a weird incline to it, you almost felt like you had arrived at the end of earth. On my kayak ride back to the boat my guide picked up a massive jelly fish and a little one which I held. 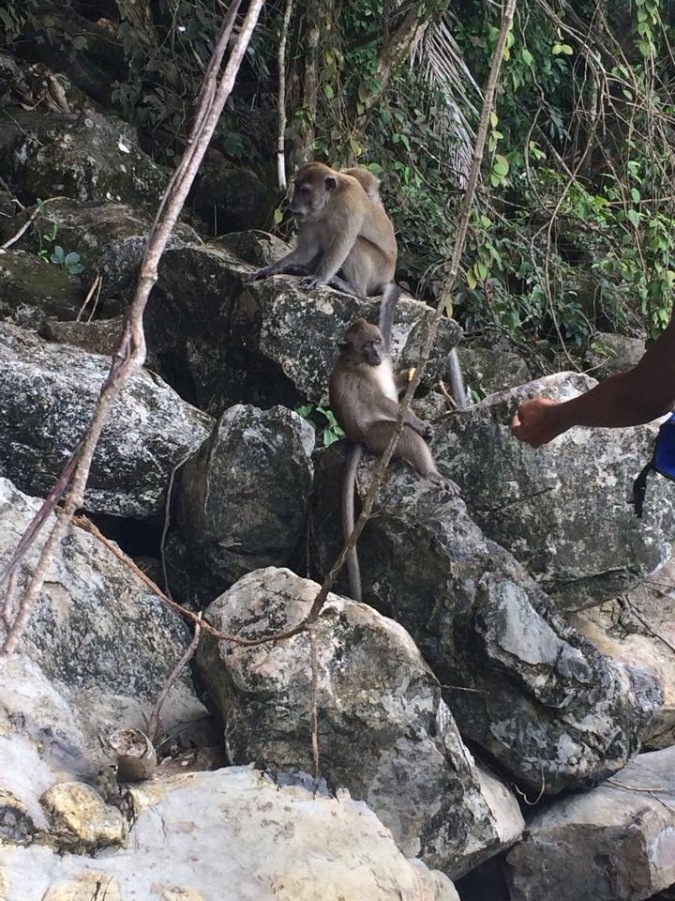 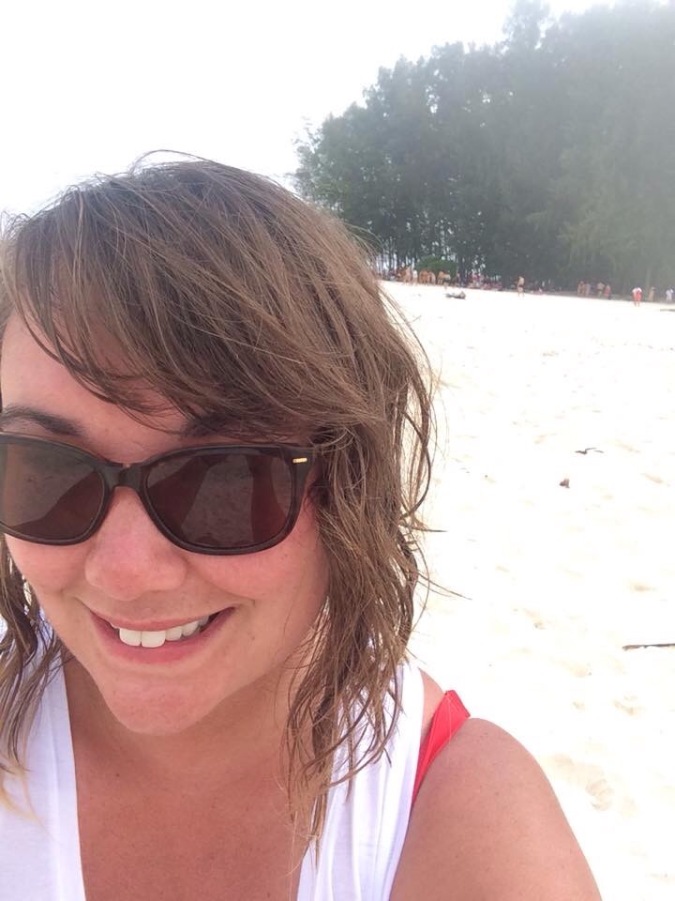 After returning to port Marcus and I grabbed some dinner at the food stall and then returned to the room to pack and have a early night.
. 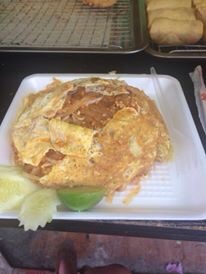 It was time to head back to the port where we got the ferry to Phuket and then a mini van to Phuket town for two nights. Check the video links out below for monkeys, flame dancers and limbo.

One thought on “Koh Phi Phi”

Sydney Park lockdown strolls 2.0
New blog up about our long weekend away in Clare Valley, SA. Such a beautiful part of Australia.
Don’t forget to look up!