Early December I spent the weekend visiting my boyfriend in Coffs Harbour. He is currently working on a project up there for six months. The flights are very reasonable if you book early and are still not to bad if booked the week before. I booked two weeks before and got my weekend flights for $245, flying up with Qantas and back down with Tiger airways. It was a early start on Saturday but I was in Coffs for 9:30AM. 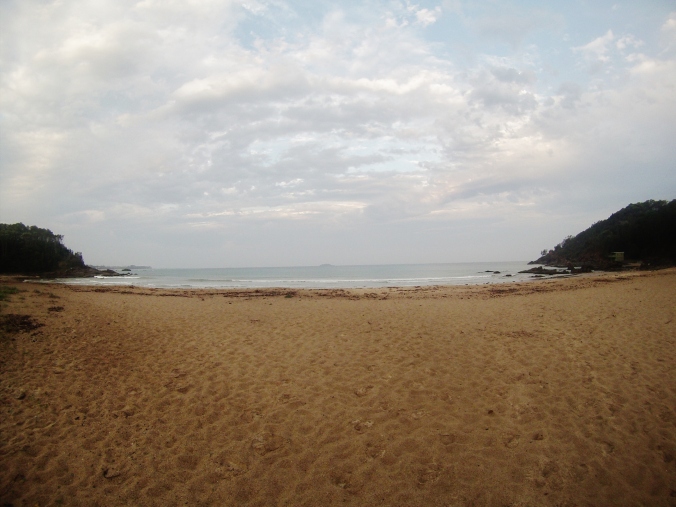 He is living in a small town outside of Coffs called Sawtell. It is a pretty sea side town. We had breakfast on the main street of Sawtell which is full of cafes either side. After we had eaten we headed to the beach which was a thirty second walk from his apartment. The beach was huge and had hardly anyone on which was a bizarre view when you are used to Coogee or Bondi. The weather changed and it began to rain so we headed in to get ready for dinner.

We drove into Coffs for dinner and I was so surprised how big Coffs is. We quickly grabbed food at a RSL before having a drive along the water front and heading to the ‘Big Banana’. The ‘Big Banana‘ is a famous landmark of Coffs and it is literally a massive Banana outside a family fun park. We still had a bit of day light so we decided to drive up to the Forest Sky Pier view point. The weather was still wet and cloudy our view was very misty. I can imagine on a sunny day it is worth a look as it looks over Coffs. The last stop was Diggers beach which is suppose to be one to check out when in Coffs. I was a bit underwhelmed by the beach I think I have been to spoiled in Sydney.

On the Sunday we tried out a new cafe in Sawtell for breakfast and then headed down to do some Kayaking. We hired the kayaks for two hours and headed down stream. I did come across a puppy who had swam to far out called Abby so I pulled her on my kayack and paddled her back to shore to her owners. Going down stream we saw lots of fish, stingrays and even a sea eagle. On the way back it was a big effort paddling against the current but a great work out. Once lunch was done I was dropped back off at the airport and back in Sydney for 3:30PM

It was a very short but sweet visit and lovely to now picture where he is. i am sure i will be up there in the next few months. 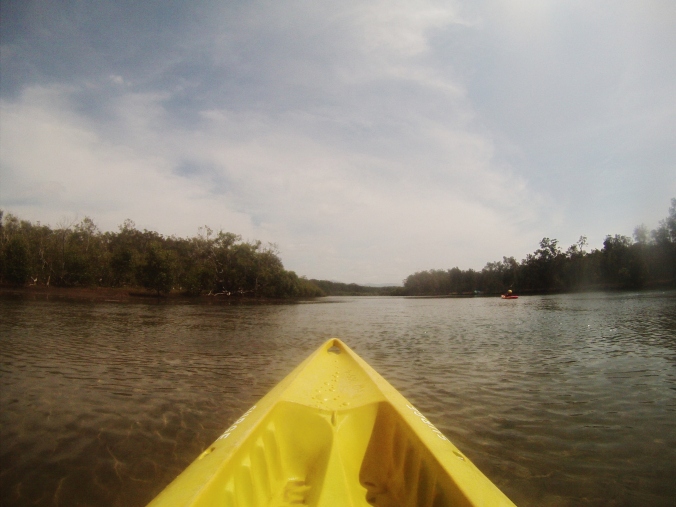